I Had Too Much To Dream ! 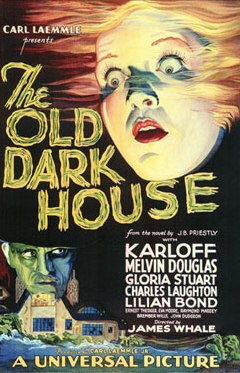 Birthday party is over, ooooooooh my head…Anyway, thanx for the comments my dear friends, Madame Frost was happy.

The Electric Prunes were not so much a self-contained group as a front for some talented L.A. songwriters and producers; they by and large played the music on their records, but the vision and inspiration came from elsewhere. Nonetheless, they produced a few great psychedelic garage songs, especially the scintillating "I Had Too Much to Dream Last Night," which mixed distorted guitars and pop hooks with inventive, oscillating reverb. Songwriters Annette Tucker and Nancie Mantz wrote most of the Prunes' material, much of which in turn was crafted in the studio by Dave Hassinger, who had engineered some classic Rolling Stones sessions in the mid-'60s. "Too Much to Dream" was a big hit in 1967, and the psychedelized Bo Diddley follow-up "Get Me to the World on Time" was just as good, and also a hit.

The Electric Prunes - I Had Too Much To Dream Last Night

The Electric Prunes - Get Me To The World On Time 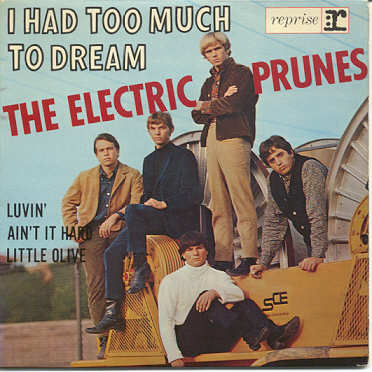 Mad Man Jones - Snake Charmer
A lil’ bit of snake charming (as Frankie says : go do that voodoo that you do so well)


Back on Monday folks.

BwcaBrownie said…
People let me tell you, pretty soon a change is comin' . . .eventually the Rev will lead us down Rosecrans Blvd to Van Dyke Park's Song Cycle . . . .peace and love.
7:58 AM

BwcaBrownie said…
just noticed on the movie poster - Gloria Stuart - the old lady who got a Best Supporting Actress Oscar nomination for 'Titanic'.
6:19 AM

iODyne said…
seven years later I'm back to correct myself on Rosecrans Blvd - not VanDykeParks but Jim Webb.

Thanks for all the rockin monster pleasure over the years dear Revd.

Marshall Stacks a.k.a Brownie from The Good ol Days.
11:39 AM

iODyne said…
seven years later I'm back to correct myself on Rosecrans Blvd - not VanDykeParks but Jim Webb.

Thanks for all the rockin monster pleasure over the years dear Revd.

Marshall Stacks a.k.a Brownie from The Good ol Days.
11:39 AM