Showing posts from July, 2007
Show all 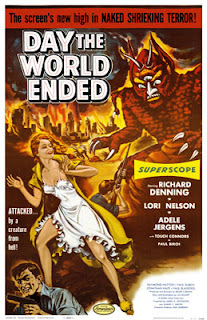 Hello my sweet lil' ducks from outerspace, Bad news or good news, Reverend Frost is taking some time off ! YES, HOLIDAYYYYYYYS !!!!!! No worries though, I'll be back at the end of summer - summer of love '07, here I come - Meanwhile, enjoy this sweeeeeet selection, and of course, thanks for your comments and emails - sorry sometimes I can't find the time to respond, pass me the whip please - thanks for reading/listening, and thanks for still buying records ^_^ My dear amigos, HAVE A GOOD SUMMER !!! REV FROST LOVES YOU ALL !!! The Ramrods : * Ghost Riders In The Sky * Dale Hawkins : * See You Soon Baboon * Jerry McCain : * A Cutie Named Judy * Dirty Red : * Mother Fuyer * hahaha June Carter & Carl Smith : * Time's A Wastin' * as requested ! King Curtis & The Noble Men : * Beach Party * Hadda Brooks : * Jump Back Honey * The Matini's : * Bullseye * The Boyer Brothers : * Step By Step * Perry Como : * Girl Of My Dreams * and your soul is mine "Have
14 comments
Read more 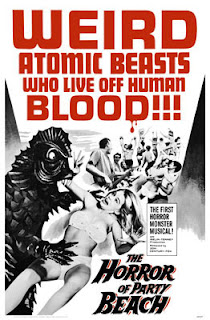 Born John Leon Joseph Pavlik in 1938 in East Detroit, Rockabilly artist Johnny Powers put together a band, Johnny Powers & His Rockets, with his friend Marvin Maynard on bass, Clark Locker on the drums, and Stan Getz on guitar(no, not the « Jazz Getz »). Powers jumped to the Fox label in 1958, getting a pair of regional hits with "Rock Rock" and "Long Blond Hair." The group got steady work cutting demos, some of which have surfaced as bootleg releases in recent years (as always, thank you Norton Rec). Things began to happen faster for Johnny Powers when his manager, Tommy Moers, got him a contract with Sun Records in 1959, heralded with the release of "With Your Love, With Your Kiss" b/w "Be Mine early that year. A second single followed, but Powers was dropped by Sun in 1960. He later became the first white artist signed to Motown Records, but with the passing of the '60s into the '70s, Power's career found him on the other side of th
8 comments
Read more
More posts