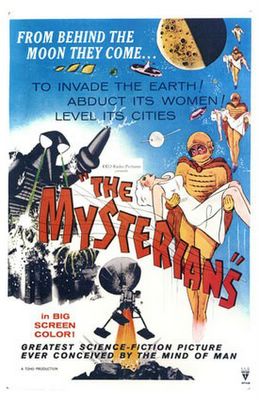 ? and the Mysterians was an early punk-rock group that was formed in Michigan in the mid-60's. They were a somewhat mysterious group by design, and were most often associated with their very popular number one hit from 1966, 96 Tears.
? (or ? Mark) was actually lead singer Rudy Martinez, who had been born in Mexico in 1945 and who grew up in Saginaw, Michigan. The group was originally formed in Saginaw and consisted of Frank Rodriguez, Jr. on keyboards, Larry Borjas on guitar, drummer Robert Martinez, and lead guitarist Bobby Balderrama. They started to play in Adrian, Michigan around 1964. Group members Larry Borjas and Robert Martinez were drafted and went on active duty in Germany; they were replaced by drummer Eddie Serrato and bass player Frank Lugo.
Calling themselves ? and the Mysterians, they came up with a song called 69 Tears but later changed its name to 96 Tears due to concerns that the original title might cause some radio station programmers to avoid giving the song airplay. The song was recorded at Shields Recording Studio in Bay City, Michigan using a Farfisa and a Vox organ. The band's manager, Lilly Gonzoles, had 750 copies of the song pressed on the Pa-Go-Go label that she owned. The song was played on some regional radio stations such as WTAC in Flint and CKLW in Detroit (which actually broadcast from Canada), and requests to play it again began to come in to the radio stations in large numbers. A deal was struck with Cameo to produce more pressings and eventually the song became a million seller and reached the top of the charts nationally.
Cry Cry Cry.

? Mark & The Mysterians - I Need Somebody 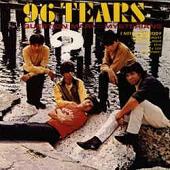 McBoozo the Clown said…
Nice one Rev.! These guys do indeed hail from my hometown of Saginaw, Michigan. I was born & raised there, actually still live about 15 miles from there. Most of the original band actually still play together locally at bars & such. I saw them perform about a year ago in Frankenmuth. Good stuff!
6:58 PM

Anonymous said…
Drat too late! files gone but awesome site and post none the less
9:03 AM

Anonymous said…
Drat To late! files gone but awesome blog and post none the less
9:04 AM