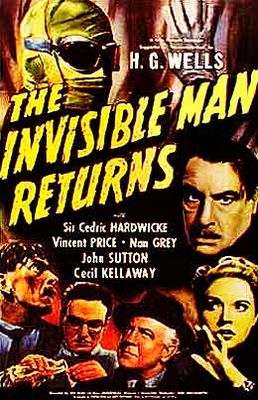 Arf.
I’m back from the anniversary dinner that Missus Frost organised (behind me back of course).
13 at my table. Hahahaha. Hope it wasn’t my last dinner (crucifixion ? on the right).
Anyway, thanx a fuckin’ bunch for all your kind words, emails and on and on (no Cherry, I’m not single) Awcmon , you’re all so swell and kind (if you’re mad, that’s ok too).
From my big black rock’n’roll heart, a huge thank you.

A guitarist, singer, and young instrumental genius from Memphis who cut his first record at the tender age of twelve, Travis Wammack is one of the great unheralded guitarists of rock & roll. A contemporary of Lonnie Mack, Wammack was simply the fastest guitar player in a town bursting at the seams with great guitarists. By the time he was 17, he appeared on the national charts with "Scratchy," a speed-burner instrumental featuring incredible distortion and dazzling technique. Several incredible singles followed, but none charted. By the late '60s, Wammack had moved into session work at the FAME Studios in Muscle Shoals, AL, playing on countless hits. He continues recording and touring to the present day (recently working as musical director for Little Richard), his hot and speedy guitar chops intact.
Cub Koda, All Music Guide

Enjoy and be ready for the last halloween mix tomorrow… 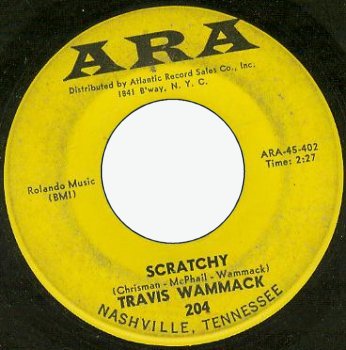 Anonymous said…
Travis Wammack was one of the first artists I ever tried to track down on the internet. I was in High School when "Scratchy" was released, & the name of the song was always easy to remember, but Travis wasn't exactly a household term. We always thought that the wierd little backwards spoken part said 'Kathy said 'Fuck You!' or something like that. I love this song!!! It's a fuckin' classic!!
DD
5:55 AM

Reverend Frost said…
I have no idea of what he is saying backwards but yeah it sure is a fuckin' classic !
and thanx again!
10:44 AM

Dan Phillips said…
A classic Memphis record, no doubt. Way back in the day, I used to see Travis driving around Memphis in a panel van with his name painted on it. By the way, a New Orleans band, Dash Rip Rock, did a pretty good cover of this tune in the 1990's.
Belated congrats to ya.
3:27 AM

Anonymous said…
Travis Wammack and Donnie Gullett just hooked up with Stan Ruffin in Atlanta. Ruffin Recording is on the cutting edge of online studios and Travis & Donnie are adding the soulful sound Muscle Shoals, AL developed over the last 38 years...
12:43 AM

Anonymous said…
Travis' new online studio is one of the greatest ideas in recording since the CD !
5:15 PM